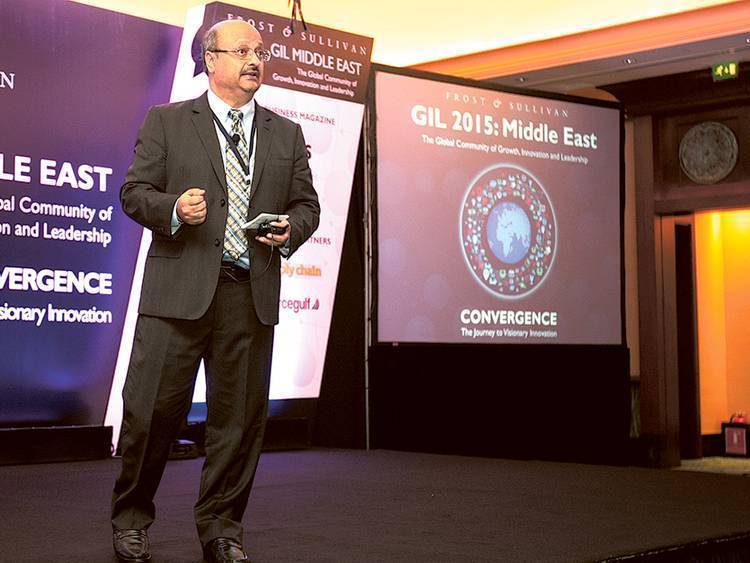 Internet spending in the Middle East is booming with GCC countries expecting a 40 per cent growth in eCommerce by 2020, said Sarwant Singh, senior partner and practice director at Frost & Sullivan.

“The potential of eCommerce in the Gulf is very high and by 2020 eCommerce sales across GCC countries is expected to touch $41.5 billion (Dh152.42), which will be one of the highest growth across this industry worldwide,” he said.

Sarwant made his remarks during a presentation at the summit for Growth, Innovation and Leadership (GIL) 2015 which organised by Frost & Sullivan on Monday in Dubai.

eCommerce is the top mega trend to affect future business in the GCC and the Middle East as well, said Aroop Zutshi, global president and managing partner of Frost & Sullivan.

Mega trends are transformative, global forces that define the future world with their impact on business, societies, economies, cultures and personal lives, he said.

The UAE is expected to be a key market for eCommerce with a total market share of 53 per cent across the GCC countries followed by Saudi Arabia at 14 per cent. Oman and Qatar at 12 and 10 per cent respectively, Sarwant said.

The UAE is expected to lead this category because it has the highest computer ownership in the Middle East with 76 per cent market share, highest in internet penetration (78 per cent) and highest per capita online retail spending on par with US and EU.

In general, Sarwant said eCommerce is expected to double in value by 2020 in the Middle East and North Africa (MENA) contributing to about five per cent of gross domestic production (GDP). Currently it represents only two per cent of GDP.

On the global level, online retail sales are expected to reach $4.3 trillion by 2025 accounting for 19 per cent of the overall retail sales, according to Sarwant.

Connectivity and convergence is another mega trend which is expected to reshape businesses and people’s lives by 2020.

By 2020, there will be 80 billion connected devices and five billion internet users globally, Sarwant said in his presentation.

The MENA region will be linked through 545 million connected devices and 390 million internet users by 2020.

“Having such a level of connectivity will definitely lead to a different living ecosystem in the future,” said Archana Amarnath, global research manager, Visionary Innovation Group, Frost & Sullivan.

Connected life means being connected wherever a person is, she added.